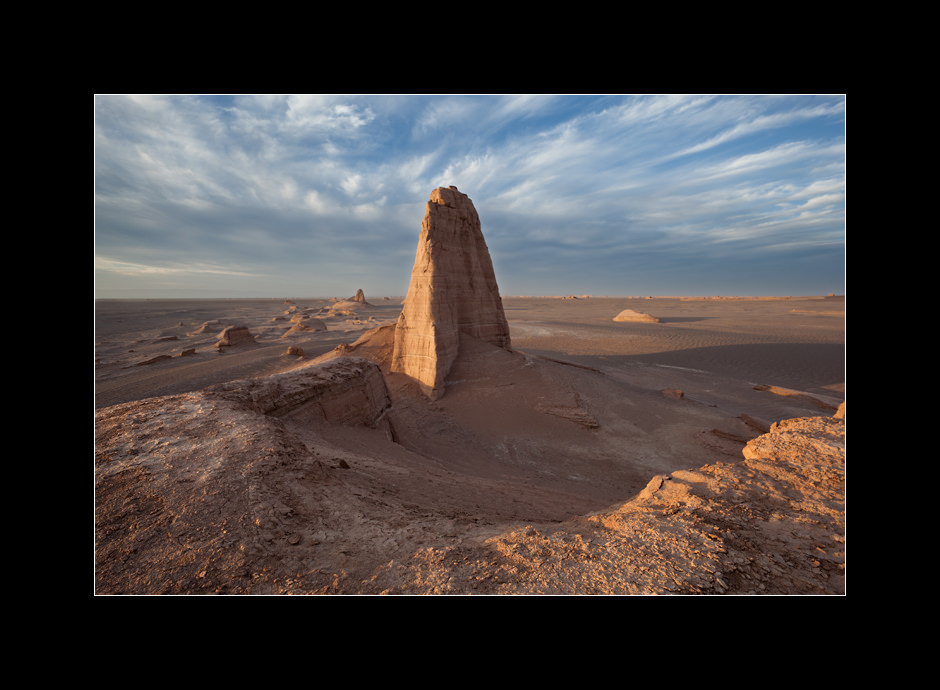 Desert doesn’t seem like an ideal photography location, at first, but as any desert photographer can tell you, explore a little and you’ll find that the possibilities of capturing some amazing landscape photos are endless. Deserts in general have a certain majestic and a serene quality that lends themselves to really unique pictures and Iran’s Daht-e Lut (»Emptiness desert« in Persian) is no exception – without a doubt it offers one of the best desert scenery around the world. While the desert may look uninteresting by the harsh mid-day light, during the golden and blue hour it transforms into a colorful and surreal landscape. And if you haven’t yet had the chance to experience the night sky far away from light polluted areas, then you’re in for a treat. The stars seen from the »Emptiness desert« shine more brightly and are far more numerous than anything you have probably seen in your life. 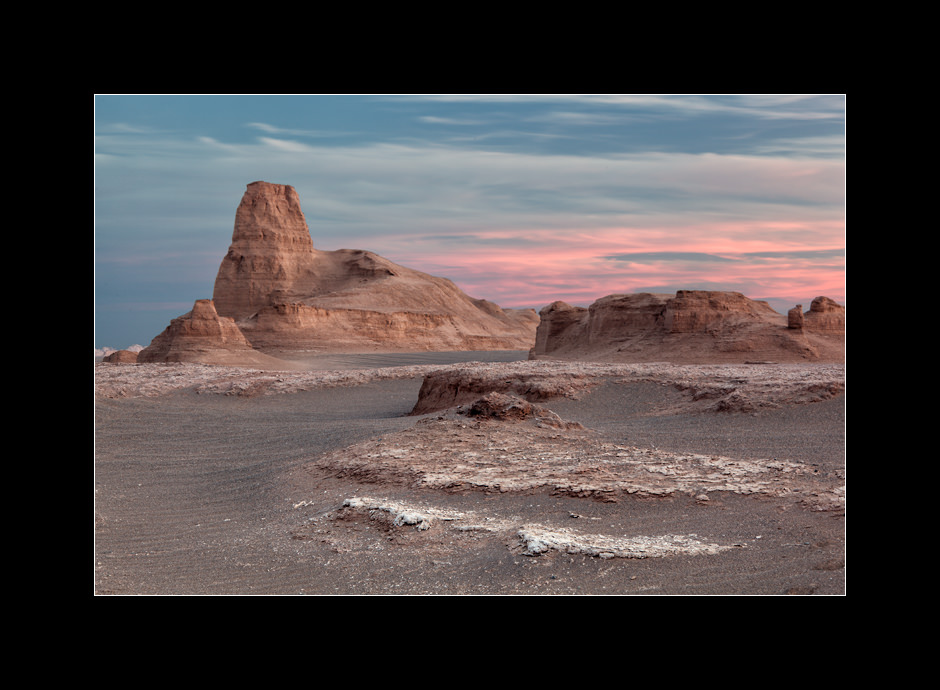 Dasht-e Lut, is a large salt desert located in central Iran, located between South Khorasan, Sistan and Baluchestan and Kerman Provinces. It is world’s 25th largest desert and not only the hottest place in Iran, but according to NASA actually the hottest place on Earth. The desert has several distinctive parts. The northern part of the Lut is a high plain covered with volcanic gravel. The southern part mainly includes flat plains with scattered sand hills. The most photogenic is the central part of the desert. Eastern part of central Dasht-e Lut consists of a large area of sand dunes called Rig-e Yalan. The sand dunes are up to 500m high, which makes them one of the highest on the planet. The western part is characterized by exciting geomorphological structures called Kaluts, which certainly are the most unique structures in the desert. 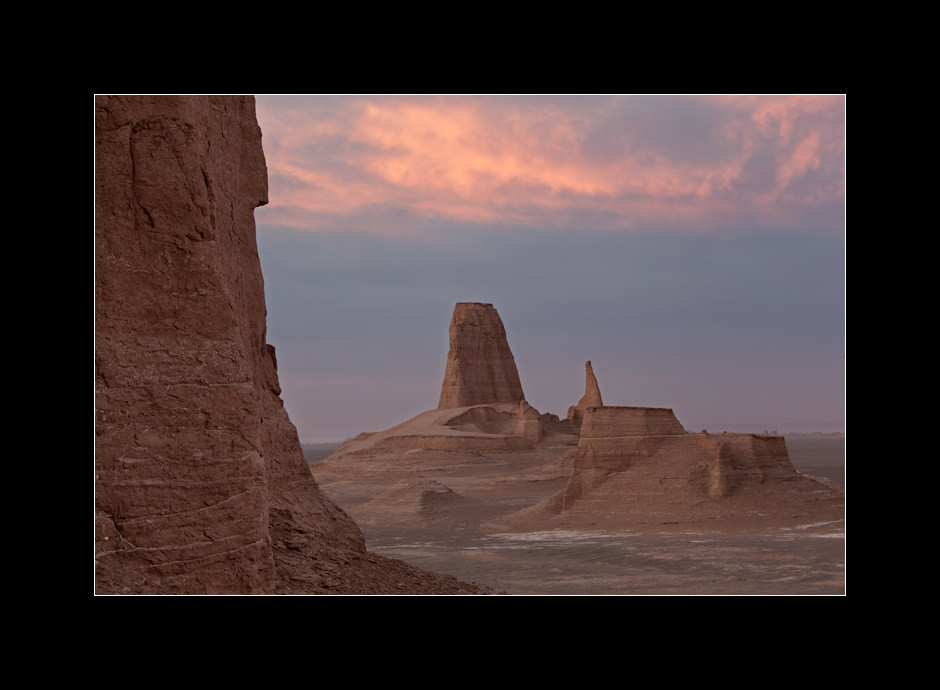 Kalut structures resemble fantasy castle ruins, that are covering an area 80km wide and 150km long. They were created by abrasion from the drifting sand blown by the rather strong winds called wind of 120 days. The drifting sand abraded the soft sedimentary rocks and over time formed beautiful streamlined structures aligned with the prevailing direction of the wind. The height of these structures varies but in some cases it reaches up to 100m. Their jagged formations take on an alluring golden hue at sunset. 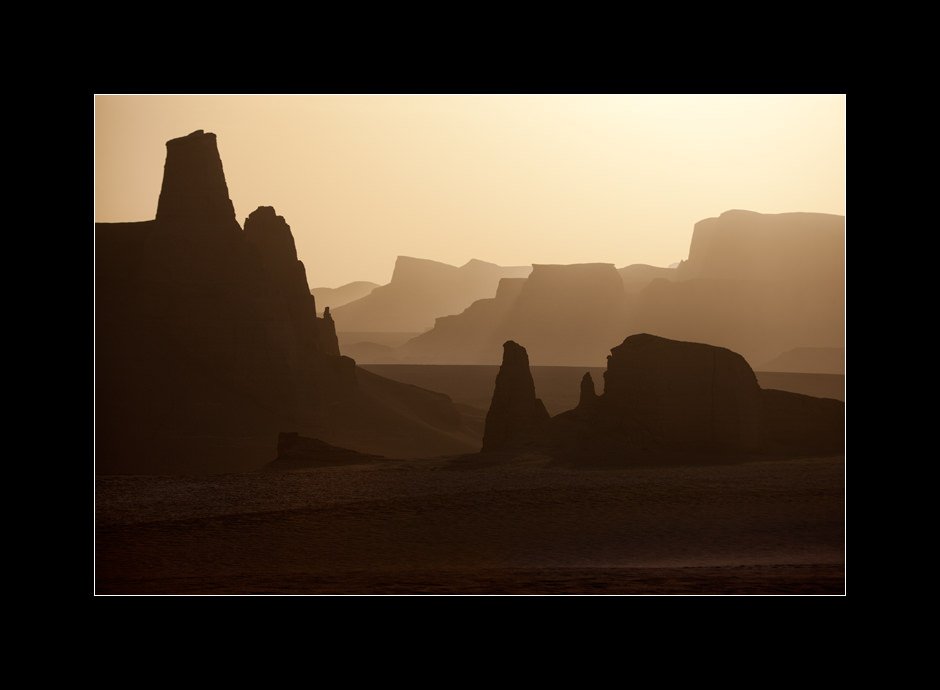 The main photographic attractions in the Lut desert are the Rig-e Yalan sand dunes and the Kaluts. While it is not easy to organize a trip to the sand dunes (you will need a guide and a 4X4 vehicle), it is relatively simple to visit the Kaluts. They are located 43km north-east to the Shahdad village, or 140km from Kerman city. The road is paved and in good condition. Currently you cannot find official accommodation in the Shahdad village, the best option is to bring your own camping equipment and sleep right on the spot. Despite some misleading information found on the internet, at the time of my visit no permit or guide was required. I took a shared taxi from Kerman and camped there for two nights without asking anybody. Be warned however that the desert is an extreme environment which should not be underestimated. Due to extreme heat during the day, the best months to visit Dasht-e Lut are from November through February. Bear in your mind however, that the nights in the winter period can be very cold, temperatures dropping down to −10°C regularly. Make sure that you’re properly prepared. Good camping equipment including warm sleeping bag is essential. Taking enough water and supplies is imperative when setting out, and make sure you are physically prepared as well. 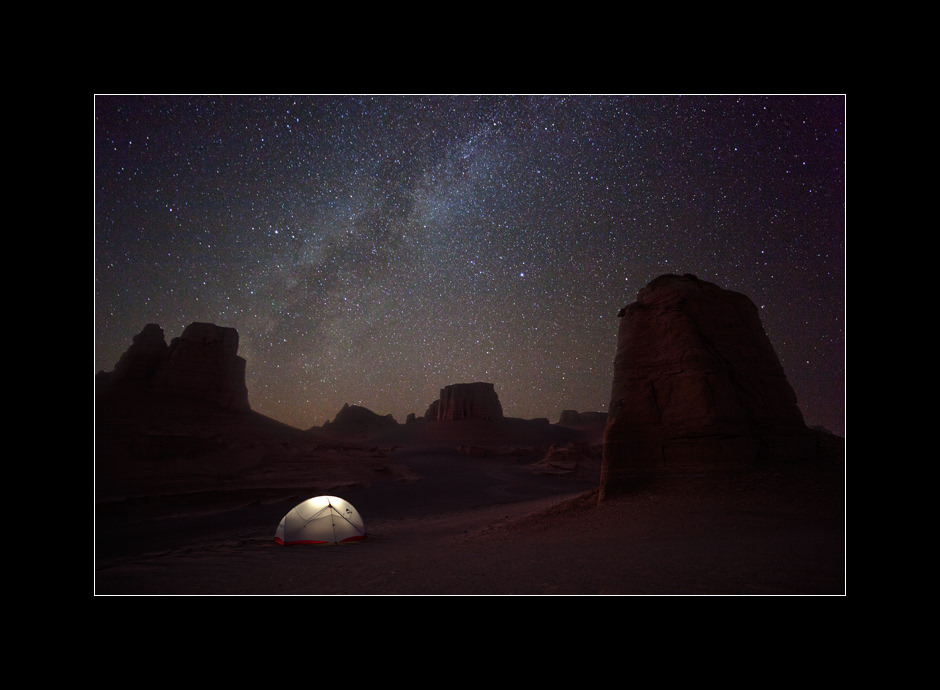