The church of St. Kvirik

The church of St. Kvirik is located on the southern tip of the Karst edge, above the village of Sočerga. The foundations of the church are from the 11th century, but the church itself was later rebuilt several times. The church is named after Quriaqos, a son of Julietta, who were martyred in 304 AD in Tarsus. According to the legend they were tortured and murdered by the governor Alexander due to being identified as Christians. 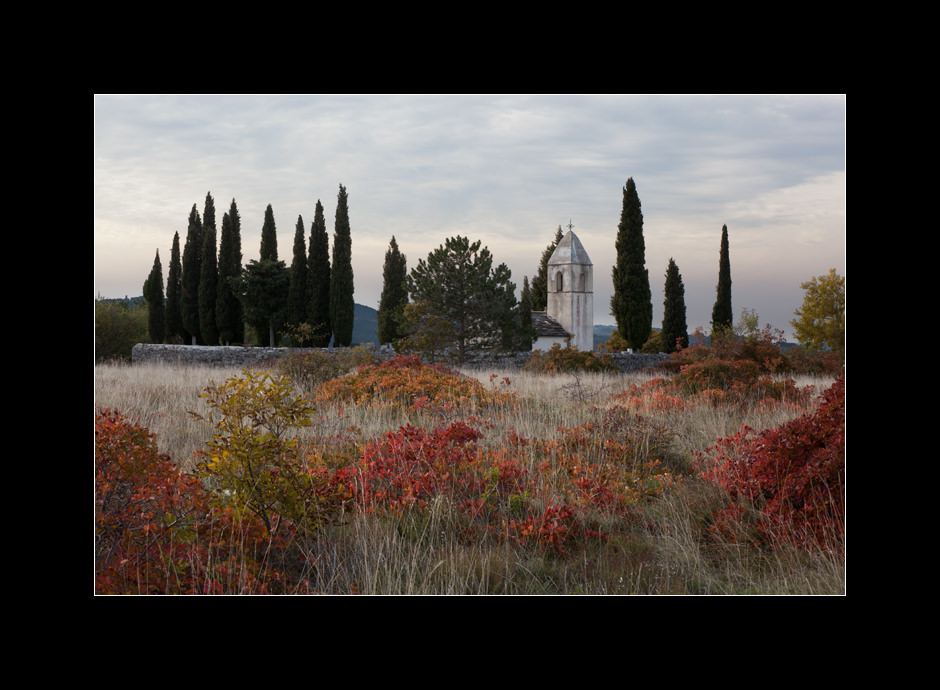 The church stands on top of the hill Kras (410 m), a plateau covered with grass and smoke bush (Cotinus coggygria) shrubs among which the remains of the Iron Age Slav fortification called “Gradišče” can still be seen. 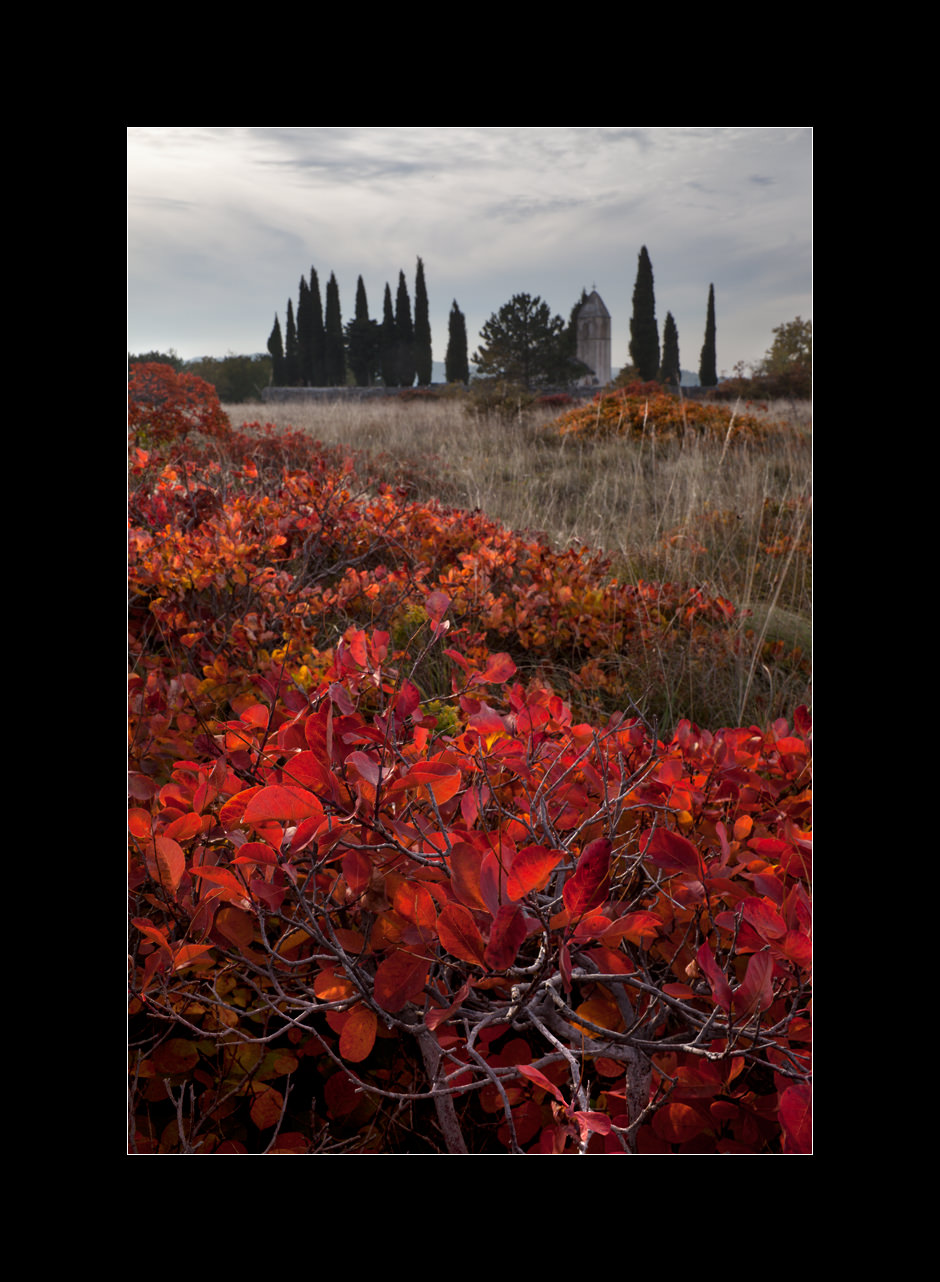 The smoke bush (Cotinus coggygria) shrubs are not highly noticeable during the year, but in autumn the leafs turn from yellow and orange into spectacular scarlet and sometimes violet colors, before they fell off.